After completing this course, the licensee should be able to:

• Describe what typical piping systems consist of and explain their importance to plant operations.

• Describe the effects of temperature on piping system components and explain the need for insulation.

• Explain how metal pipes are sized and designated according to standard codes and schedules.

• Identify the characteristics of metals that make them suitable for a variety of piping applications.

• Discuss the major considerations involved in the maintenance of metal piping.

• Name the basic nonmetallic piping materials and discuss the advantages and disadvantages of each.

• Discuss the limitations of plastic pipe.

• Explain the difference between thermoplastic and thermosetting plastic pipe.

• Describe how to join sections of nonmetallic pipe, and how to maintain them.

• Compare piping and tubing and list the major advantages of tubing.

• Describe the methods of cutting, bending, and joining sections of tubing.

• List the main types of metal tubing and describe the kinds of industrial applications in which they are used.

• List the main types of plastic tubing and describe the kinds of industrial applications in which they are used.

• Explain how hoses are sized, classified, and con‐ structed. 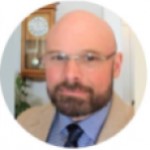